Turkesterone has caught the attention of the internet over the past few months.

And for good reasons too.

Turkesterone belongs to a group of plant steroids called ecdysteroids.

But since they don't bind to androgen receptors, it's an attractive natural muscle builder.

However, good supplement companies that sell this usually don't have any in stock.

You can get the best alternative, Ecdysterone, which is nearly the exact same thing.

Effective in increasing strength and energy

When it comes to supplements, it's not easy finding stuff that works.

You could spend hundreds of dollars on supplements and not see much.

Or you could spend less than $100 and make more progress in half the time.

But it's one of those supplements that are hard to find and if you find it, it may be either short in stock, overpriced or fake.

And even if you find a good source, it's rarely in stock.

So is it worth it and what's the best alternative?

You'll find out below…

Found in Ajuga turkestanica, Turkesterone is a bioactive compound that has been used traditionally for it's many benefits.

Not only has it been used historically for it's adaptogenic and hepatoprotective benefits, but also for it's anabolic effects on muscle and strength.

It has history for assisting the digestive system, enhancing heart health and reducing pains. (1)

As a muscle building supplement, it's made it's reputation for being one of the strongest anabolic supplements.

Turkesterone is an ecdysteroid and it's popular because it doesn't bind to androgen receptors.

This mean it doesn't have any side effects but it still stimulates anabolic effects as it's one of the strongest muscle building ecdysteroids.

Being an analogue of 20-hydroxyecdysone, it makes it the same compound as the one in Ecdysterone.

And similar to Ecdysterone, it has strong anabolic properties that lead to enhanced muscle building. (2, 3, 4, )

Since Turkesterone is also a adaptogen, it can decrease cortisol, helping indirectly increase muscle building. (5)

But the problem with most turkesterone supplements on the market is that they contain less than 20% ecdysteroids.

And if you want to make the most out of turkesterone then you would need to consume at least 500mg to one gram of it.

Most supplements contain way less than this.

Since Turkesterone is a ecdysterone and it's naturally found in plants, it appeals as an anabolic supplement.

Not only is it natural but it can increase lean mass gains without changing hormone levels.

Because it doesn't affect hormone levels, it doesn't have the common side effects of prohormones and steroids.

Although it functions in a similar way, it doesn't bind to androgen receptors.

By optimizing the mRNA translation process (6) and enhancing leucine uptake in the muscles (7) , it can increase muscle repair and growth by enhancing muscle protein synthesis.

By increasing muscle protein synthesis, it'll a positive effect on nitrogen balance, which can prevent the breakdown of muscle (8).

Some science also shows that turkesterone can enhance muscle ATP production (9), which will help produce more muscular energy and reduce fatigue during exercise.

Turkesterone also functions as a adaptogenic, which means it can enhance mental health, and reduce anxiety.

Since it doesn't change hormone levels, or affect anything in the body that makes it stop functioning normally, turkesterone doesn't require PCT (post cycle therapy).

Turkesterone doesn't directly change anything in terms of hormones and such.

But because it's a natural compound, and it's strong properties, it can optimize hormone levels and help optimize immune function.

The entire family of ecdysteroids has benefits for strengthening the body and mind, from lowering cholesterol and regulating blood sugar.

There's even some promising research on turkesterone being neuroprotective by enhancing neurotransmitter activity (10).

And because it can cause nausea, it's recommended to take turkesterone with a meal or some food.

How To Use Turkesterone

Turkesterone should be taken for at least 4 weeks to see benefits.

Most people will run this for 8 weeks as this is a optimal run time for this type of supplement.

It can be taken up to 12 weeks and since it doesn't suppress hormones, it doesn't require PCT.

The dosage for turkesterone is 500mg per day, and it's best used when it's combined with cyclodextrin, which is what Gorilla Minds use in their supplement.

Because of the rising demand of Turkesterone, it gets easier to buy a low quality source of it.

We recommend only buying from Gorilla Mind but because they rarely have it in stock, we recommend going for Ecdysterone instead.

There's no doubt there's rising popularity and demand for these types of supplements.

However because turkesterone comes from hard to find sources, it's much harder to come by.

And even if you find turkesterone, it's often not as pure as the companies may say it is.

Some companies will not even use turkesterone or let alone combine it with a absorption enhancing complex like Gorilla Minds does by using cyclodextrin.

When compared to Ecdysterone, Turkesterone has a bit of an edge for being more anabolic.

However, because it's hard to find, Ecdysterone can be an excellent alternative.

Not only is it effective in increasing strength and muscle, but it can be found in much more sources, making it easy to get enough of it.

With this in mind, some people respond better to certain compounds better, so results will vary.

And the dosages used in the studies of Ecdysterone is much, much less than what's dosed in this.

If turkesterone was easily obtainable, then it would be easy to recommend it.

But because it's hard to find, and companies struggle to keep up with demand, like the good folks at Gorilla Mind, we recommend going for Ecdysterone instead.

It's just as good and some people respond to Ecdysterone better than Turkesterone.

The Best Stack For Muscle Building

Ecdysterone on it's own is amazing.

But imagine combining it with other strong anabolics like laxogenin and epicatechin.

The most potent stack is the Sapogenix and Ecdsyterone taken together.

Sapogenix is a Laxogenin based blend but it's far more superior since it takes advantage of other compounds.

 4/5
Turkesterone is one of the most anabolic plant based steroid that not only helps with muscle and strength, but can also enhance health in the mind and body.
BEST ALTERNATIVE 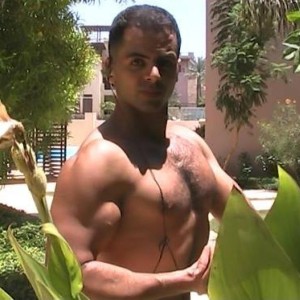 Nader Qudimat
Forged by the iron and cold steel, Nader takes his knowledge and hulks it up into this site. Having to be stuck as a 110lb skinny guy in the early days, he has had no choice but to keep improving himself until he cannot. Click here to check out his 12 year transformation: Natural 12 Year Transformation
Read more from Nader...

Steel Supplements Adabolic Review: The Recovery Formula That Tries To Do It All